Baskets With Olive Sticks in Spain

1. Geographic Area
Baskets with olive sticks are traditionally from Andalucia.

2. Data sheet
The olive tree, is a raw material used to make traditional baskets, and other more elaborate pieces. It is a typical Andalusian handicraft, being a native land of olive trees.

3. History
This craftsmanship was done traditionally and mainly by the gypsies who
moved from one place to another in the mountains to make baskets,
baskets, sieves, seamstresses, tabaques, etc. and also to sell them mainly to
farmers. It was very common that they worked a part of the wicker for their
owners and that another important part would keep it and thus charged
the value of their work.
The wicker that the gypsies worked for themselves sold it or exchanged
it for agricultural and livestock products as it suited both parties.

4. Used materials
Green olive branches and branches are the only main materials used for
this purpose. the olive branch is generally not stored, being used
immediately after harvesting, after allowing it to dry for a few days.

5. Process
The process of artisanal elaboration is complex and begins in summer, with the harvest of the olive branches, which are cleaned of leaves and classified for the fabric, which consists of placing sixteen pairs of starshaped double crochet. They are tied and surrounded with other thinner sticks to form the base on which the “ribs”, or pairs of cages, in the form of a cage, which serve as a guide to form the basket wall are placed. Once the
wall is made, the edge and the handle are worked. 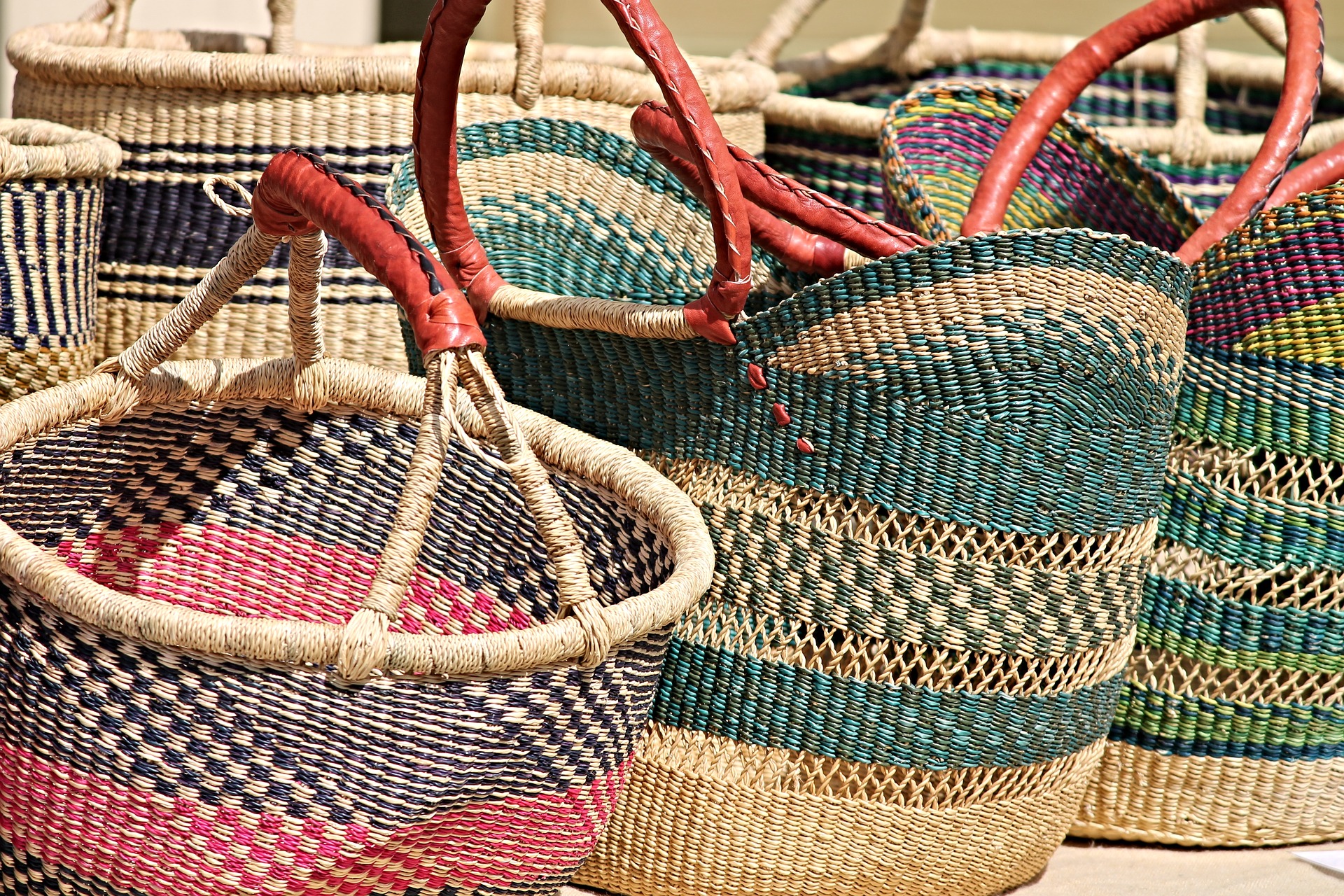